The Contemporary Significance of Clocks 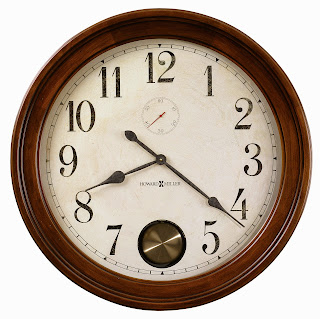 How the clock is important in modern times

There is no denying that the clock is one of the most important gadgets in the history of civilization. It tells people what time of the day it is, a simple yet valuable duty. The term clock derived from a Greek term for the sound of a bell, because primitive versions would ring out like one every hour or so. In fact, most modern clocks still do, more noticeably chiming wall and cuckoo.

We live in an age that puts a large emphasis on time. We cling to it. Consequently, the clock has become just as integral. Because of this, clocks are literally all around us. It is almost impossible to turn the corner without seeing a wall clock, clock radio, or decorative clock.

Every single clock today, whether it is a classic Howard Miller grandfather or a round Bulova decorative wall clock, originates from a single device – the sun dial. However groundbreaking the sun dial was, it had one major disadvantage, it could not tell time during the night.

To combat the sun dial’s shortcomings, the water clock was developed to tell time after the sun set. These early contraptions were the staple for many years until the advancement of the pendulum clock. Early pendulum clocks offered near perfect timing and continued to progress. We all know a pendulum clock when we see one, like this beautiful Hermle Brooke mechanical regulator wall clock.

With the advent of electricity came the electric clock. Their motors run for days and do not require winding every six hours. Following suit were battery operated models, which prominently fueled alarm clocks before the cell phone developed. Some argue that alarm clocks do not contain the elegance of pendulum clocks, yet phenomenal models from Sternreiter promote a unique alarm clock-exclusive elegance. Where would we be without the clock. Equally as important as their time-telling function is the aesthetic value of a clock. The unique combination of function and visuals is an art form, so nowadays when you buy a clock, you’re buying art. If you’re looking to include a decorative clock within a room’s layout, take your time. We at Expressions of Time have a wide variety of beautiful clocks and fixtures that will take a room from mere space to a work of art. Visit our website and learn more, we got all the time in the world.


Visit our website and learn more, we got all the time in the world.

Posted by Expressions of Time at 12:53 PM